On my recent trip back home I couldn’t go past the exhibition of Ivana Kobilca in our National Gallery, commemorating a 100 years of it’s existence with selected works by one of Slovenia’s most celebrated women painters. 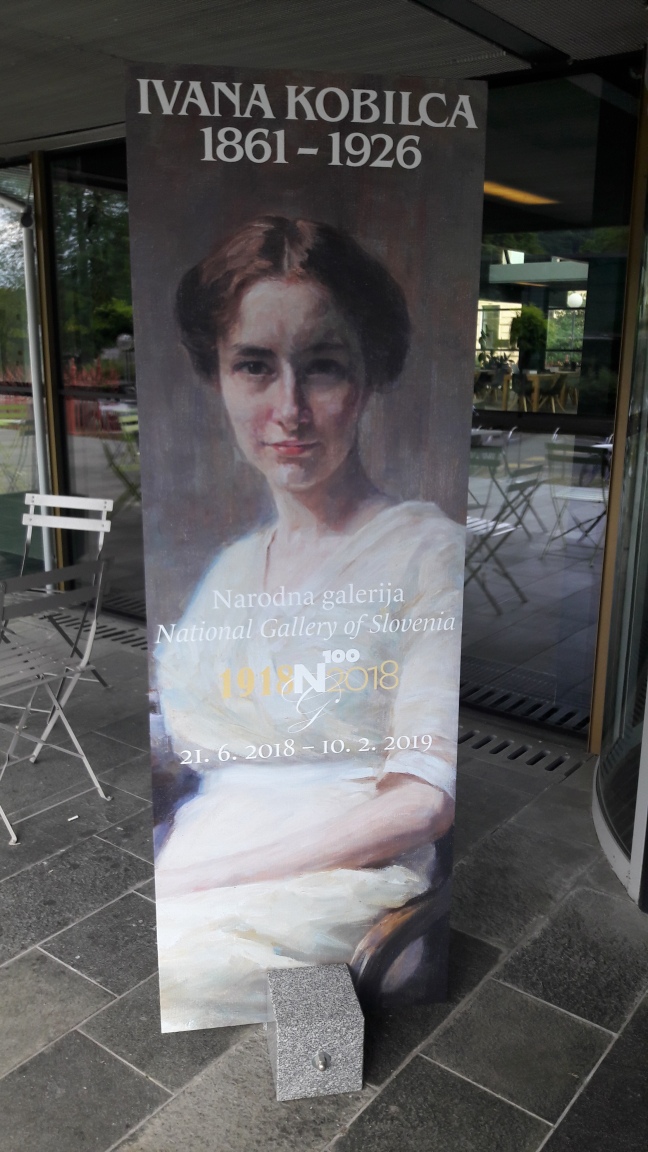 As soon as I entered, I got this strange feeling of unease, as I saw the permanent exhibition completely empty, which, to me, shows the Slovenian indifference towards art. We saw the collection when we were young, why would we visit it again.. Or maybe it was me, who was prejudiced at that moment and it was just a quiet day..

All in all, the crawling of people in the aforementioned temporary exhibition made me smile. Was it because it has just opened a few days before and it will get quieter soon? Ok, I promise I will stop being so pessimistic..

The exhibition ‘is made of twelve chapters, which explore the development of Kobilca’s motifs from Munich portrait studies and orientalism, child portraits and genre scenes, interior genre to nudes and middle class portrait.’ It started with Ivana’s intriguing biography (did you know she was the first Slovenian exhibiting at Venice Biennale?) and portraits of her family she painted, as well as some paintings she copied at her primary studies. All that neatly introduced the visitor into the next room, as one was able to get a proper feeling of who Kobilca was. 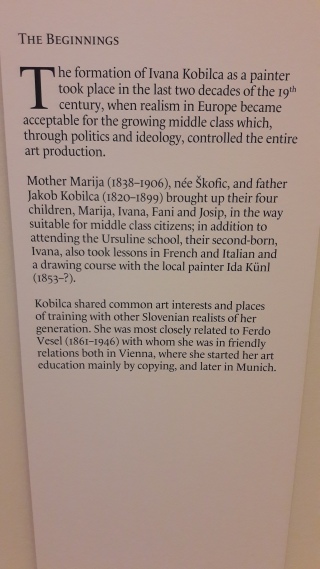 Next to it, there lurked a small hidden room with some photographs from her posthumous exhibition in the same gallery. This placement could be a bit confusing for non-Slovene speakers, as there was no explanation what the photographs are actually depicting. Good job into incorporating them, though. 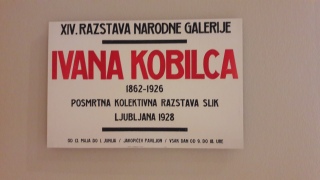 Through the door, a room, full of portraits in brown Rembradtesque colours opened up. Ivana’s portraits have always been psychologically concretized, one can see into the soul of the portrayed person. This can be especially seen in her famous ‘Woman Drinking Coffee‘, 1888, which could be known as Slovenian Mona Lisa. I was also utterly impressed by the video of her sketch book exhibited on the wall, which allowed for her sketches to be seen in a different perspective.

What was the best was, that all the portaits (and other works) were gathered from private and public collections, which made for impressive artworks ‘on the pile’.

Next there were exhibited the portraits of children, as well as the portraits, made by her contemporaries (Jožef Petkovšek, Ferdo Vesel), which showed a good comparison. I enjoyed the curatorial decision of making different coloured captions for them, so one can easily see which paintings were not made by Kobilca. Each and every one of these artists were tackling the challenges of painting colours, showing all their artistic grandiosity. 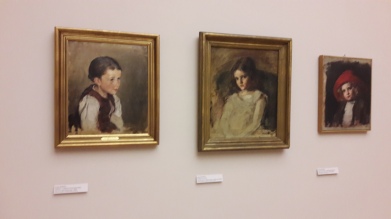 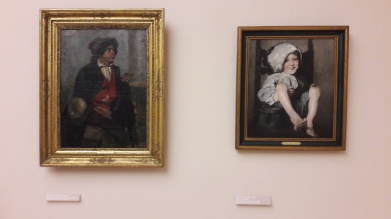 Next wall was dedicated to art nouveau, which in Slovenia means group of artists, who wanted to deviate from academism. They were looking for new ways in painting and Ivana has always been a part of these circles, that is why she adjusted the colours in her realism paintings. 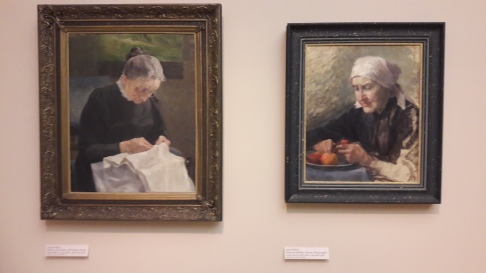 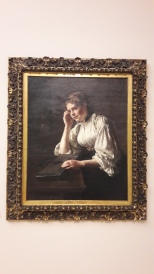 Her realism was not socially critical, but she was mostly interested in plasticity of the figure and light. A lot of studies for the paintings were exhibited next to the finished artworks, as well as photographs after which the paintings were modelled on. Very interesting to see how she developed and progressed her painting for the finished product. The whole evolution of ‘Women Ironing‘, c. 1891, was exhibited, a fascinating painting, which was one of the first Slovenian ones to be shown at the Parisian Salon, an official academic exhibition grounds (the first one was Jurij Šubic’s ‘Before the Hunt‘, 1883). Another one of her paintings was exhibited there, as well as in National Gallery: one of Ivana’s best known works ‘Summer‘, c. 1889. It can be described as an already half-impressionistic, considering the colours and motif, though it is a full-on genre painting, dressed as an allegory (her sister Fani is said to be a personification of Summer). 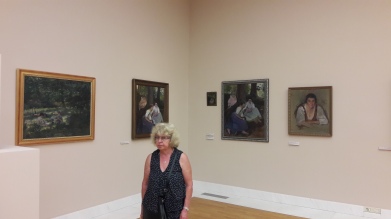 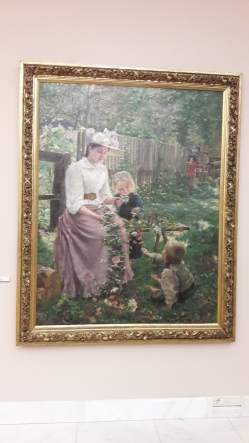 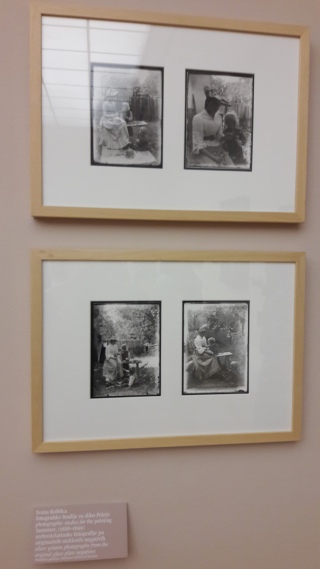 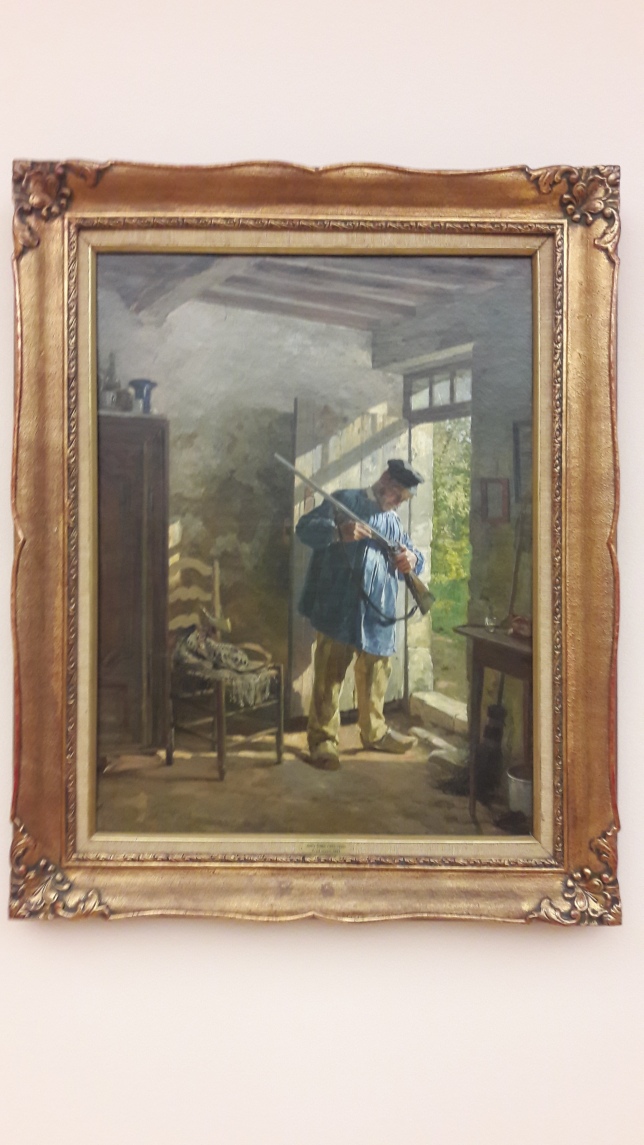 A room full of nudes was awaiting next, Kobilca’s and Vesel’s exhibited side by side. You could see how they influenced eachother. What went through my mind was, can one notice which were made by a woman and which nudes were painted by a man?

And to see how the world hasn’t changed a bit, a wall of Ivana’s modelling shots was exhibited. A typical world where a woman has to ‘sell her body’ to succeed in the art world..appalling.. 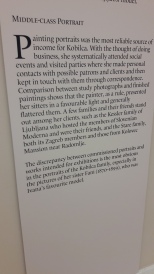 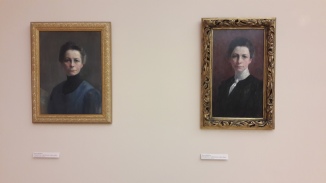 When I was walking past some of the paintings in the next room, I was shocked. I never knew she also painted sacral motifs, especially during her stay in Sarajevo. Among other things, the most surprising thing was to see a black and white painting! At first I thought it was a photocopy. Fascinating!

Ivana Kobilca was a pure metropolitan girl, living all around the world and drawing the knowledge out of all her encounters. She experienced a lot and left us these experiences in her paintings. During all the years Ivana used the motif of light, which can be seen in every single one of her works, giving it a spontaneous warmth. The pastel colours of the gallery walls emphasize this and accent the paintings even more. Likewise, the gentle music accompanying the visit moves you through the soul of the paintings. 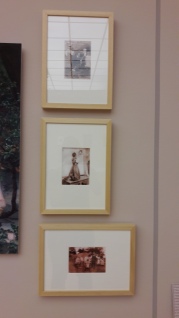 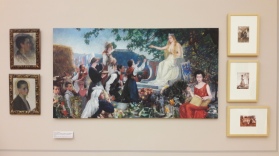 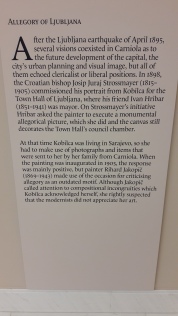 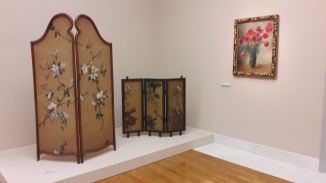 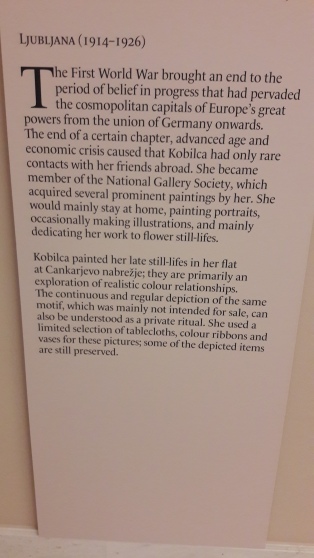 During my visit I was delighted that I was able to hear a guided tour, though Slovenians know how to complicate things and do everything too academic. I could see some of the visitors struggling with all the art terminology being thrown at them.. Just an observation..

Another good thing at the exhibition were not-too-long wall texts, with only the right words chosen to tell the essence of the exhibited artworks. A proper retrospective was on display, a walk through the entirety of Kobilca’s artistic life.

It was amazing to see so many artworks gathered together in the same space for the first time and participate in her evolving through life. I admit I grew up with a completely different view on her and this exhibition changed my outlook on her as an artist. A deffinite must see!