in collaboration with Amy Navarrete

Town Hall Arts has partnered with Bath Spa University’s MA Curatorial Practice
students Nina Jesih from Slovenia and Amy Navarrete from Columbia. They were
invited to create an exhibition of artists’ films and began their search in their home
countries.
Building on previous collaborations and through an open invitation they expanded
the selection to include nine international artists who work with the medium of video.
The presented works do not have an overt narrative but reveal a contemporary
undertone. Each piece in its own way deals with the question of how people interact
with their daily existence and plays on the audience’s emotions and concerns.
The art works are located within the main gallery and throughout the Town Hall
building. We encourage you to investigate the architecture’s hidden areas and be
confronted by exploitations of reality through the artists’ eyes.

Vesna Bukovec
She works and exhibits as an individual artist and as a member of the art group KOLEKTIVA (Vesna Bukovec, Lada Cerar, Metka Zupanič). Both modes of practice enable her to expand the field of her artistic research and provide her with different levels of approaches to form and content. In her artistic practice she uses a wide range of artistic strategies: research, documentary approach, appropriation, art activism, public actions, collaboration with the public and personal interpretation. Formally, her projects are based on video, photography, drawing and installation.
http://www.vesna-bukovec.net/eng/

Mery Gobec
Born 1992 in Celje. After graduation in drama-theatre high school in Nova Gorica she studied video-film in School of arts, University of Nova Gorica. Currently a student of film and animation in School of Arts, UNG.
https://vimeo.com/user11801034

Automated Luxury (Clare Robertson)
Clare Robertson working under the pseudonym, Automated Luxury completed a degree in Fashion Design and co-founded the luxury accessories brand Strathberry of Scotland. In 2013 Clare won Scotland’s Most Stylish Retailer award for her the brands retail concept. In 2014 Clare left the fashion industry to study an MA in Contemporary Art Practice. Graduating in September 2016 Clare has been selected as a contributing artist for Hospitalfields interdisciplinary residency programme 2017, is a co founding artist at Mutual Artists and BONKERS Contemporary, had writing published in the JAWs Journal of Art Writing and will be exhibiting at the City Art Centre in Edinburgh this year. Her work takes on a research as practice approach existing between theoretical and visual forms. She explores the self, identity and emotion through an ongoing critique of society and neoliberalism.
http://automatedluxury.com/

Dejan Štefančič
He has been working in film and television as a stage worker, lighting technician and camera assistant for more than ten years. He has been collaborating with Pila Rusjan on visual art projects as a cameraman, lighting master, technical assistant and occasionally also co-author of artworks since 2012.
https://pilarusjan.wordpress.com/tag/dejan-stefancic/

Asja Trost
https://vimeo.com/asjatrost
Valerie Wolf Gang
Filmmaker and visual artist Valerie Wolf Gang works in the field of independent film productions and contemporary art practices. During her studies at FAMU in Prague she got inspired for experimental film by professor Henry Hills who in then still inexperienced young filmmaker evoke a sense of research in the field of film and creative boundless creation with the moving image, which often go beyond the boundaries of the traditional state of a movie in cinemas and integration in modern gallery spaces. Valerie’s work reflects social conflicts arising from political regulations and restrictions, especially when traveling and working abroad. It seems as if in the haste of modern times she becomes quiet and static only when she moves. When she moves in space and time, her camera animates the dead surroundings, like suggested by the contemporary philosopher Paul Virilo when he wrote about speed. The atmosphere in her works often contains elements of searching for harmony, contradictions and contrasts between the city and nature, joy and sadness, authority and freedom.
https://valeriewolfgang.com/

web page of the exhibition: 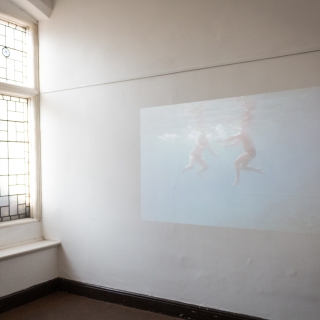 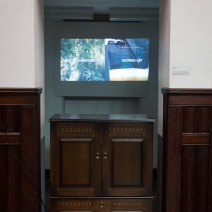 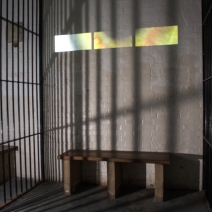 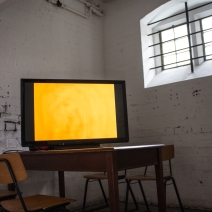 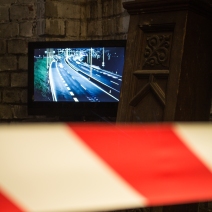 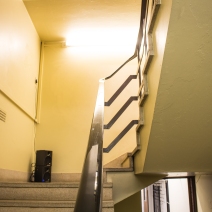 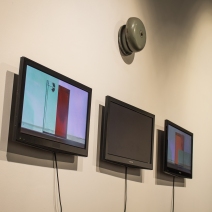 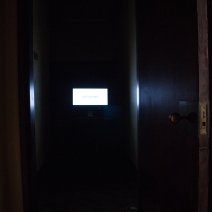