Turkish artist Borga Kantürk is a man of complementary worlds, constantly blurring the boundaries between the roles of artist and curator, between visual and conceptual practice and between different media. This and the specificities of the space in which he works are vital for a detailed reading and understanding of his body of work. He uses his works to answer questions from the local environment, although he can easily be understood within the international context due to the universality of his themes. Kantürk reawakens overlooked, half-forgotten local stories, attributes new meanings to them, hence drawing attention to the blind spots in our understanding of the workings of the world, which we are either not aware of or choose to wilfully ignore. He uses his art to recreate stories, his own history and memories, setting up parallel realities, and hence questioning the ways in which we understand reality. The author’s references more often belong to the world of literature than art – his works reflect the influence of Turkish poetry, Tabucchi, Melville, Borges, Perec, Kafka …

Kantürk’s work must be seen as a complex structure constituting of more or less heterogeneous elements that only make up a whole once combined. These elements are dealt by the author as part of an open system and are used in different constellations and techniques. He is not interested in the execution of a single and unique creation. The creative process is as important, as the final work of art, if not more so.

His art practice is based on archiving: he collects useful objects, photographs, newspaper articles, his own memories … and assembles them into collages, arranges and rearranges them, cuts them up and uses them to create compositions … up to a point of saturation, or until they are made into “historical” documents (Merriam-Webster Dictionary: “an original or official paper relied on as the basis, proof, or support of something”). This can be seen in the installation Playing Around with the Archive and in the video Destructed Archive 2 (After Bologna). With his methodical approaches and spatial interventions, Kantürk calls into question the blatancy of daily social life. We could say that the archive represents the metaphor for life to him. How to choose from the confusing mass of information, how to classify it; what to keep and what to emphasize; what to ignore and what to discard? Or to first select a topic and then attempt to present it, whilst looking for a proper term, or to pursue the path the other way round: to choose seemingly random data, to find some underlying theme, and then develop the story?

Kantürk’s works are traces of transience and disappearance: of time, people, places, memories. The atmosphere has a vital role to play in the artist’s works, which comes as a reflection of his considered planning of the exhibition space, the selected individual parts of the piece (and its choreography), as well as the impressions of the viewers.

Borga Kantürk conveys stories that encroach into his daily life. They deal with the existential questions of identity, belonging and transience. They also include seemingly mundane topics like football in the piece Closing the Ranks, for example, where an imaginary ideology becomes a place to feel reality behind the veil of a neutral spectacle.

The constant game of combining signifiers and signifieds raises the question: What if we understood what we see in a different way? What if the thing that we see is something other than what it is supposed to originally represent? An object together with other objects and in a relationship with its installation gains a new and different meaning, so we must ask ourselves: What is our reality? Could it be different? In such a way the drawings in the aforementioned project are not merely the images of actual football players, a collection of stickers in an annual league album – we are also faced with T-shirts, banners, a video projection, textual material, etc. All these elements combined into an artistic installation raise the issues of mass psychology, politics and the spectacle. They show us that we are forced into this position as fans, even though voluntarily. In Turkish society football support is so ingrained into everyday life – of all the social classes – that many people actually take it for granted. It is precisely this unison of a mass of different objects extracted from their original context that in the work of Borga creates a different understanding of what is seen.

The exhibition by Borga Kantürk was created in close cooperation between the curators, the assistants and the artist. The process was longstanding and delicate, similar to his curatorial and artistic explorations – it was a mutual testing ground, the moving of boundaries, a search for related ideas and common paths.
(Jerko Gluščević, Nina Jesih, Maruša Meglič, Aljaž Plos, Miha Poljak)

Borga Kantürk
An artist and a curator, born in 1978 in Izmir, Turkey. He studied painting at the Fine Arts Faculty at the Dukuz Eylul Univ. (1995–1999) and finished his Masters programme in painting at the Fine Art İnstitut at the Dukuz Eylul Univ. (1999–2003). He participated in many residential programs (incl. 2005 – HIAP (Helsinki International Artist-in-Residence Programme), 2009 – Sextant et Plus, France etc.) and was active in many cultural organizations: in 2002 he became founder and director of KUTU Portable ArtGallery, he also co-founded K2 Art Center in Izmir, of which he became co-project director between the years of 2004–2007. Kantürk has participated in many local and international exhibitions. He lives and works in Izmir.
http://borgakanturkportfolio.blogspot.co.uk/

web page of the exhibition: 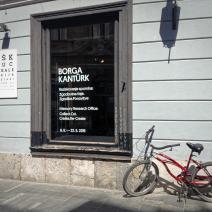 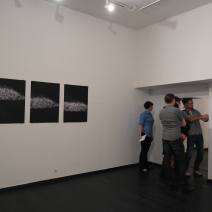 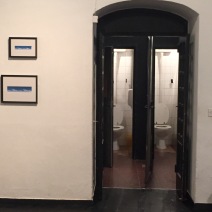 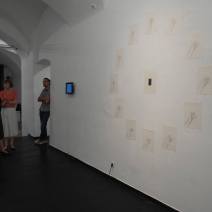 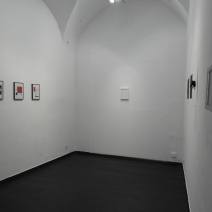 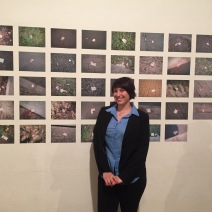