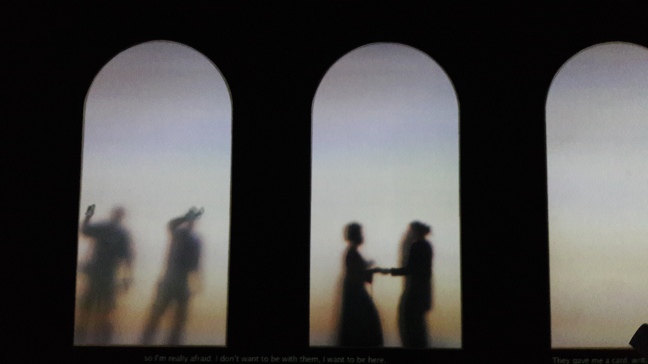 One of our classes is all about doing research. Here is how I learned what “primary research” actually means. We had to do a research report, whose aim was to evaluate, analyse and reflect upon some things that we have seen with our own eyes, in order to support us in critiquing the works of others in relation to our wider project interests, and the module learning outcomes of understanding differing written contexts.

“The object of my research is Krzysztof Wodiczko’s work Guests. The aim is to find out more about the artwork itself and where does it stand in Wodiczko’s artistic practice. To develop the investigation accurately, I decided to search the library and internet for more information about the aforementioned project and his other works.

I encountered this work two weeks ago, when our course group visited the Liverpool Biennial. As the venues of the exhibitions were scattered all around the city, we decided to make a first stop in FACT gallery, which is the UK’s leading media arts centre. Wodiczko’s work was placed in a dark room with only one narrow entrance/exit.

The work is a large-scale installation that was occupying three walls. You could stand or sit on the floor and watch the numerous greyscale arcades under which different people were appearing. It was a display of eight projected windows, with the moving silhouettes of men and women. On moments, one could perceive it as an eerie experience. The sound of people talking was coming out of the speakers and there were also subtitles, as the languages were from all over the world. 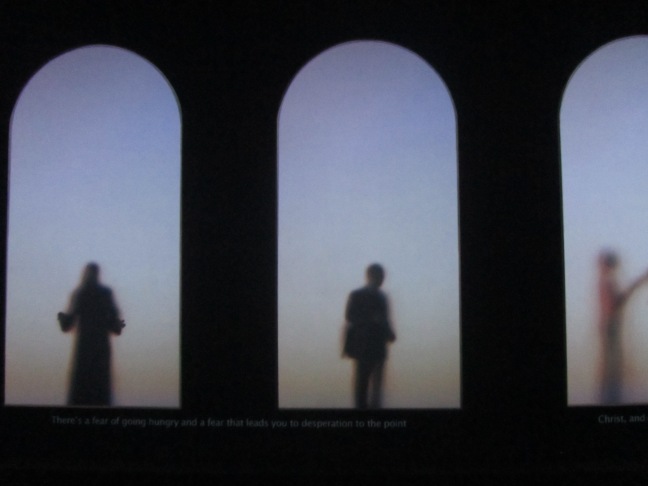 Guests are denouncing the ambivalent status of displaced people in contemporary society (Czubak, 2009). Watching the installation, it was obvious that the artist explores the plight of a wide range of marginalised groups (Wodiczko, 1999). The emotions that rose through listening of the stories of the afflicted individuals stay with the audience, as the artist made a unique experience of the indoor projection in the gallery space.

The work was first commissioned for the Polish Pavilion for 53rd Venice Biennale and was financed by the Ministry of Culture and National Heritage of the Republic of Poland. I could not find the information, if in Liverpool was only the second showing of this work, but through the years, he has made many public projects.

I found out, the artist has always been interested in combining art and technology and working with large-scale video projections, he used to project on monuments around the world (Wodiczko, 1986). 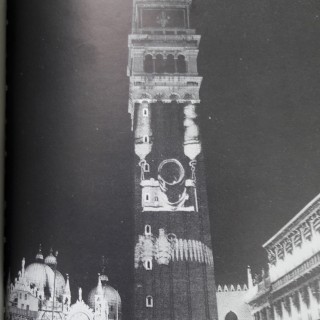 He draws attention to the problems people exclude from social space encounter. His major themes of research have always been conflict, trauma, war and dealing with marginalized minorities. I would like to discover, if Wodiczko’s projects shock people just for a brief moment or do they contribute to a well needed change in societies’ mind-set. In addition, when exposing those issues, what kind of ethics does he use, as there are many personal histories involved?

In conclusion, I achieved to uncover different projects from the same author, which deal with similar topics and learned he has been occupying himself with them from the beginning of his artistic career. Researching his works has been an interesting experience, as we talk a lot about this artist during our curatorial practice course and now I understand even more, what the artist stands for.”